“I’ve got another idea,” I told my girlfriend, Milena. “Volkswagen minivans are in high demand in Peru because they’re used as mini-buses. We could buy an old one here in Palo Alto, load it up with used computer parts, and drive it all the way down to Peru.”

It was the third idea I’d presented her with that week.

“Hmm,” she said with an indulgent smile. “Sounds fun. But, no. Keep trying.” Already, Milena had become accustomed to this. Everyday, new ideas came rushing in, each one more promising than the next. And every day, I would run them by Milena, who would listen with a mixture of curiosity, humor, and a healthy dose of restraint.

I knew I had the entrepreneur’s spirit in me, and I was primed to receive, always scanning the influx of ideas for one that could become a viable business.

You probably know the feeling. You can be anywhere when it happens. Maybe you’re daydreaming in the car. Maybe you’re in the shower, in the classroom, at the office. And suddenly, without warning, boom, the next idea hits you. And when it does, it always feels earth-shattering, life-changing, and absolutely brilliant.

But there’s just one tiny problem. Every idea feels this way. So, how do you separate the good ideas from the bad ones? How do you distinguish the ideas that are really worth pursuing—ideas that will sustain you and your passion (and not just your bank account)—from all the other ideas that are certainly worthy of an indulgent smile, but probably not much more than that?

Right now, I would love to give you an easy answer. How great would it be if we could come up with a simple checklist that could tell us whether any idea was really the ONE, the idea of champions! Unfortunately, no such formula exists, and anyone who claims otherwise indulges in a kind of black-and-white thinking that genuine entrepreneurship always undermines.

What I can offer you is a story and along with it, my best attempt to explain why, at the moment in which a truly profound idea touches down, it feels different from everything that came before.

This is a private story, one I don’t usually tell. For me, it has the air of something almost religious.  I don’t know how else to describe it except to say, it was the moment I found my calling.

It was 1995 and I was a senior at Stanford. Like most seniors, I thought about my future, my life after college. Questions constantly circled in my head. How would I create a meaningful life? What path would be fulfilling? And how would I pay my bills after graduation? With these questions in mind, I did what many seniors do. I frantically studied for the LSATs and hedged my bets on law school.

It was around this time that I met Milena, the beautiful Brazilian girl who showed up one night at a party where I was deejaying. From day one, I was smitten. Of course, I didn’t know then that she would become my girlfriend (and eventually my wife), all I did know was that learning Portuguese was suddenly my top priority. The next day, I registered for a class called “Portuguese for Spanish Speakers” taught by an elderly Brazilian professor, Karin van den Dool. 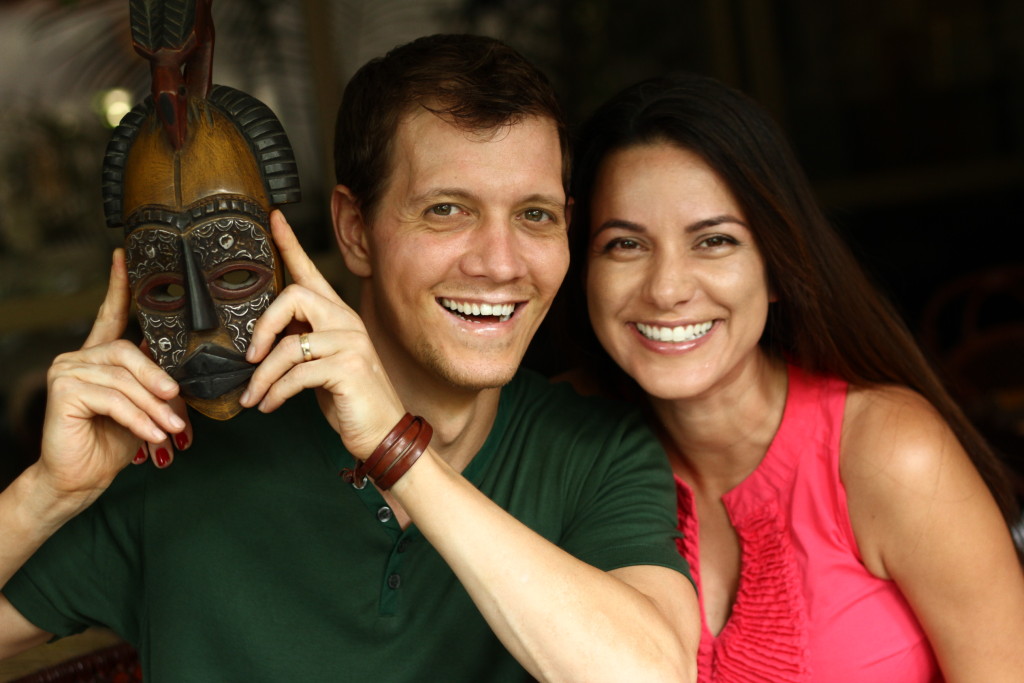 For months, our small 10-person Portuguese class followed Professor van den Dool through nouns, verbs, prepositions, and conjugations. One day, Professor van den Dool began speaking about the rich handicraft traditions of Brazil. She spoke very slowly and deliberately, allowing the full weight of her words to reach us. The problem, she said, was that many artisans could no longer make a living practicing their craft. “Artisans in Brazil have such beautiful pieces, but you can’t find them here. And when you do, they’re so expensive you can’t buy them. That’s why these traditional crafts are disappearing.”

As she said this, she turned to look at me directly. I know it sounds crazy, but she locked eyes with mine, and said these words, which are still preserved in my memory. She said, “Someone needs to do something about this.”

These words changed everything.

I rushed to find Mina after class and tell her my new idea. We could build a business around helping artisans in the developing world reach a wider market and, in the process, they would receive fair compensation for their crafts. It was simple, it was sustainable, and it had come in a moment of real listening. For the first time, Milena did not smile indulgently. Instead, she sat there quietly. She took it in. And then she said, “Yes. I like it.”

How can I describe to you the way that a truly great idea feels as it begins to take root? I could chalk it up to the positive reactions I received from others. Milena went so far as to ask her mother, Armenia, who had a vibrant career with the United Nations as a Human Rights Officer, if the plan sounded promising. And Armenia’s response was, “If he gets it started, I’d consider leaving the U.N. to help him do it.”

Of course, this kind of enthusiastic support was confirmation, but there was also the internal conviction that I was on to something big. It was the feeling of direction. The feeling of risk. The clear image of what it could look like and how it could grow that filled me with excitement and energy.

The day of the next class, I couldn’t wait to tell the Professor about the idea she had sparked. But when I arrived at the classroom, she wasn’t there. In her place was an administrator. As the class gathered, the administrator solemnly told us that Professor van den Dool had passed away. She had died after falling from a ladder in her own home. Shock. Disbelief. We all fell silent. I couldn’t breathe. She had died after a fall in her own home.

For weeks, I couldn’t bring myself to think about the big idea she had gifted me before her death. And a gift is the right way to describe it. She offered me something profound and powerful, and I was there to receive it. The idea would return to me frequently in those first few weeks after her death, demanding my attention, refusing to be pushed aside.  I tried to focus on other things, but even Milena understood that this idea was of a totally different caliber. It had been a sign, and now we owed it to the memory of this professor to carry it through.

It’s hard when something like this happens not to find in it a deeper meaning. How could I not understand it as something fated, something destined to reach me, if only because it shaped my entire life from that moment forward?

It made me think about the idea of one’s “calling,” that voice that seems to come from some place beyond you and that guides you into a vocation or way of life that is profoundly satisfying. It allows you to give back to the world because you are doing the thing that you were meant to do.

Now, for all the naysayers and doubters, this does not mean that there is only one thing out there for each of us. Most likely, there are many things that could fulfill and sustain us on a very personal level. And yet, I am left to make sense of this bizarre encounter, a passing conversation in a Portuguese class. And for a million reasons, I could have missed it. I could have been distracted or not paying attention or absent that day. But I wasn’t. I was simply there, actively listening, but in the mode of reception.

Maybe if there such a thing as our “calling,” it comes in for us all the time along countless different channels. And we either help it come through, or we drown it out by all of our other pursuits. We scurry around, planning, projecting, mapping out, and forget that there is a crucial role to be played by staying silent, by listening, and by being patient.

It is my ultimate goal to push you to act, to help you prepare yourself mentally, physically, and emotionally for that golden moment of success when it comes. But sometimes action requires its own form of passivity. A moment in which we stop talking, stop out-putting, stop producing, and just be quiet.

This story is about the importance of opening our minds to new, unexpected things. It’s about stepping outside of the comfort zone, whether it is through travel, classes, salsa dancing, yoga, cooking lessons, volunteering, anything at all.

The inspiration can come from anywhere.

But if you are a true entrepreneur, you know the value of those moments when they come, and rarely are you the one in charge. All you can ultimately do is listen and try and recognize the calling by how it feels within you.

So, try this right now.

Think back over your last two weeks, and try to take it all in.

What stands out in your memory? It could be something seemingly insignificant. Write it down.

Now answer this question: Did I miss anything in that moment that might have been calling?

And if you can’t think of anything, ask yourself this question: what can I be doing to push myself outside of my comfort zone to have new experiences that can inspire?

Video #2 – Pedra Bonita cliffside at sunset! Okay, this is officially my new hobby!