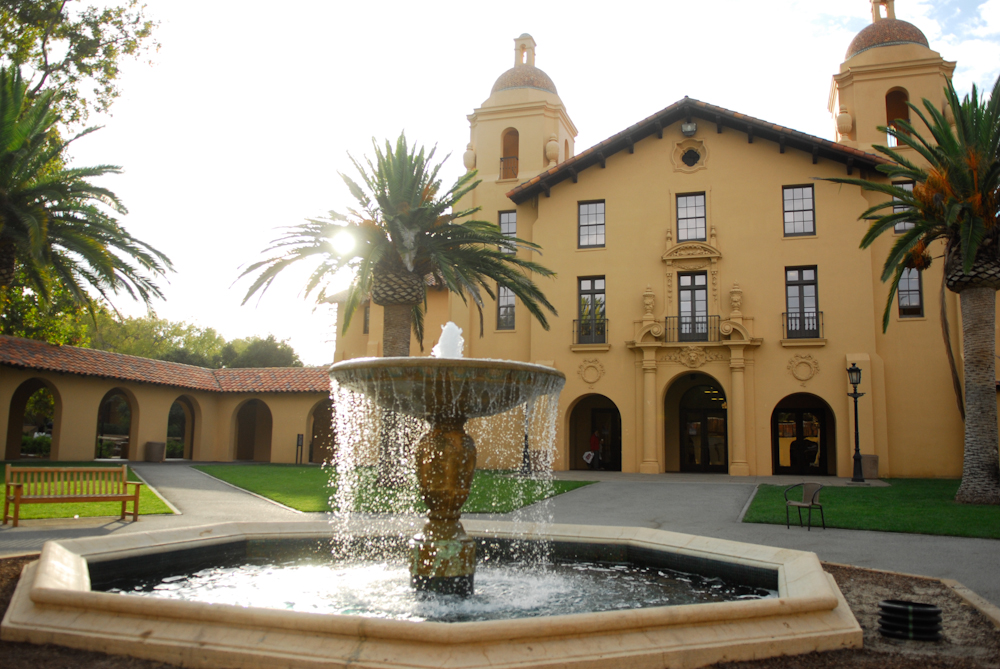 It was a Tuesday evening and we were all sitting around Tressider. We had been going over applications for hours and had finally narrowed down our fifty plus candidates to the remaining two: a new software tool for incoming Stanford students and a used CD store to be built on campus.

Our little crew that evening went by the name of the Entrepreneur Grants Committee, a group formed through the ASSU Senate at Stanford. Our task was to select the winner from a pool of student entrepreneurs, who would receive $10,000 to bring one business idea to fruition.

Seated at the table that night was another student, a graduate member of the committee named Jerry Yang. He listened to our discussions, as we considered the various merits of each business plan. Back and forth we went, until Jerry finally chimed in. “Listen,” he said to the group, “these ideas are all interesting, but you should really be looking at my links page, which is getting a lot of traffic.”

Truth be told, no one paid much attention to Jerry’s links page. Like so many other ideas, it seemed “interesting”, sure, but not worthy of a serious financial investment. In the end, I don’t think any of us gave Jerry’s idea a second thought. By morning, we were happy to award full funds to the used CD store, expecting great success from such an innovative student venture.

How could we have known that less than one year later, the CD store would be out of business, and Jerry’s links page would have adopted its new name, Yahoo!, and be scaling at breakneck speed.

All of this brings me to the point of this section, which has to do with feedback. See, most of us are wired to believe that feedback matters. And, of course, it does. But what you find in the world of entrepreneurism is that some feedback matters more than others, and the challenge to any new entrepreneur is to learn to identify the difference.

Some feedback matters more than others…

Let’s think about Jerry Yang’s situation for a moment. He’s sitting around the table with a bunch of smart people who supposedly are in the position to discriminate between a promising business idea and a flop. Had he been interested in our feedback—which to his own credit, he wasn’t—Jerry may have taken our lackluster interest to be predictive. Luckily, he understood something that many of us didn’t. He knew feedback was important, but he also knew you had be selective with where you sought it. For Jerry, the most meaningful feedback didn’t come from us; it came from the users themselves. They were his gauge, and he calibrated his business according to their needs.

Let me illustrate this point with another story.

For this one, we have to go back to the summer before my senior year at Stanford. I had moved to Peru for a few months to do research on my senior thesis. I managed to land a job at the tax department in Lima, while living with my cousin, Eduardo, and his parents (who would subsequently open the first Novica Peru office right out of their own garage).

One of the things that Peru offered—in addition to family, culture, work, research, and so many other amazing experiences—was somewhat unexpected. For as long as I can remember, I had wanted to learn how to mix tropical drinks. So, when I one day discovered a mixology course in Lima, I registered immediately.

The instructor was named Victor Castaneda, and he was an eccentric Spaniard who ran his class like a military base camp. He would bark his commands, holding us at rapt attention, demanding that we learned every word of his mixological wisdom. His message: high quality ingredients make high quality drinks.

Orange juice must be freshly squeezed!

Piña Coladas must come straight from the pineapples!

Sangria can only be made with ripe, red apples and polluted with no other competing fruit! 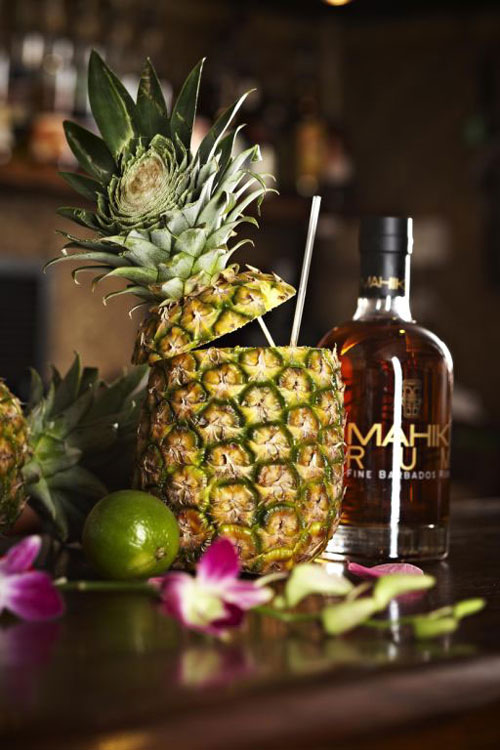 After a summer of Victor Castaneda, my immediate future became crystal clear: I had to teach a bartending class at Stanford. There was simply no other way. Students would taste every ingredient. They would learn to distinguish their liquors. They would come to identify quality with a single sip.

Mind you, there were a few obstacles to overcome, obstacles which my friends and family never hesitated to bring up.

“You’ve never even worked as a bartender!”

“Where are you going to do it, in your dorm room?”

“No one is going to take that class!”

Yet, on one of my first dates with Milena, I nonetheless found myself dragging her around campus, posting up flyers advertising the “Stanford Bartending School.” I wanted it to take place over eight Saturday nights from 8:00-9:00pm, and charge $65 a person. Milena chided me the whole time, as we cut in and out of dormitories, ducked into buildings and ran across the quads.

A few days prior she had told her mother, “I think he’s a little off. He’s like one of those scientists that’s been locked up in the lab so long that he’s lost touch with reality. A little crazy, for sure.” Now, this latest bartending stint only seemed to confirm those sentiments.

A few hours after setting out to paper the school with flyers, we returned to my dorm room. The old answering machine was blinking red in the corner. As I made my way over to it, I remember a feeling of confusion. Twenty was the number it flashed. Twenty messages on the machine.

The first was a girl: “Hi, me and my two friends want to take your class.” The next, another girl: “Hello, me and my eight friends would like to take the bartending class.” And the messages kept coming. By the end of the night, I had confirmed forty people. But where was I going to put them?

I split the class into two nights—Friday and Saturday—and packed the dorm room with 20 (mostly) freshman girls both nights. The first weekend, I collected over $2500 in cash. Yes, Milena was impressed.

Not to toot my own horn, but I taught one hell of a class.

There were midterms. Finals. Before mixing any drink, each of the students was required to taste the individual components. They would try good vodkas and plastic bottle vodkas. Absolut and Popov. I wanted them to tell the difference with their eyes closed.

Channeling Victor Castaneda, I made a dramatic point of throwing away pre-made mixes. Margarita mix?! Pure trash. My students were going to work with real limes, real fruit. In the end, we all had a great time and the students actually learned a lot. In fact, many of them said it was their favorite course at Stanford. Imagine that!

But also imagine what would have happened if I had listened to early feedback from family, friends, and even Milena. If I had taken their advice to heart, the Stanford Bartending course never would have materialized.

All this to say: feedback can be a dangerous thing if you seek it indiscriminately. What I’ve learned is that if you believe in an idea, you should never abandon it before you’ve actually taken it to the customer.

The customer is really the only one who’s in a position to show you the value of what you have.

Call it bullheaded. Call it stubborn. Call it single-minded. I didn’t care what my friends thought about the bartending idea. I wanted proof. I wanted to see if anyone responded to my flyers. That and that alone would determine whether the idea would fly.

If I had returned to my dorm room and received no calls, I could have laughed it off and complimented my friends on their accurate intuition. But I certainly wasn’t going to give up until I had at least tested the demand.

Now, just to make things a bit more complicated, let me add this last bit of insight. The challenge is not only to take your idea to the customer. The real challenge may be about determining who your customer actually is.

For example, imagine if I had only posted flyers at the fraternities. In fact, in the beginning, I was convinced that the frats would be lining up to take this class. They would be able to improve their game, serve better quality drinks and ultimately impress the ladies.

As it turned out, not a single fraternity member signed up.

Or what if I had only advertised to people that wanted bartending jobs? Again, not a single customer.

In my wildest dreams, I never would have predicted that over 60% of my students would have been freshman girls.

If I hadn’t put the flyers up in the freshman dorms, this whole story would have just been a forgotten failure.

And really, at the end of the day, one thing matters more than everything else: it’s not even about what the customer says, it’s about what the customer does. It was easy for Jerry Yang to ignore our apathy because his sights were set on something real. He could see what his users were actually doing on his site. The Entrepreneur Grants Committee overlooked this basic fact. If you can stay attuned to it, you’re already miles ahead.

So, challenge yourself to answer these questions: